The Damsels in Distress

We see the "damsel in distress" theme featured in the early Disney princess movies. Snow White, Cinderella, Aurora, Ariel, and Belle are all searching for their true love and waiting to be saved by a prince charming. Each of these Disney princesses are white, tall and thin, and of course have a small waist. Each princess is beautiful and unrealistically close to perfection. They are also well known for their beautiful singing voices. In fact, cleaning and singing are the only two skills we see in each of these princesses. Each of these princess movies portray an unrealistic sense of beauty and love to young girls. 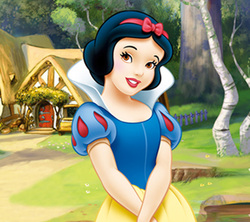 Snow White
from Disney's Snow White and the Seven Dwarfs (1937)
Snow White displays many of the gender specific female stereotypes seen in society. She is seen doing domestic work around the house, nurturing to the dwarfs and animals, and naive enough to take a bite of the poisonous apple. She is saved by her prince charming.  Snow White gives the message to young girls that your duties are cleaning and enjoying it, taking care of others, and waiting for a prince to save you.

Cinderella
from Disney's Cinderella (1950)
Cinderella is the ultimate "happily ever after" fairy tale. Cinderella is a servant in her own home, seen doing domestic work and serving her family members. She is obedient and never stands up for herself to her evil step mother and step sisters. She falls in love with her prince charming, who ultimately saves her from her terrible servant life. Cinderella teaches young girls that if you are beautiful enough, a wealthy prince will save you. 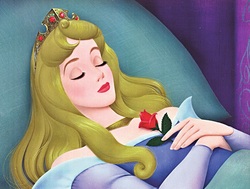 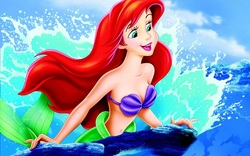 Ariel
from Disney's The Little Mermaid (1989)
Ariel seems to be a little more independent, and almost rebellious than the earlier princesses. Once she falls in love with a prince, whom she cannot have because he is human, she is willing to do whatever it takes to get him. Ariel gives up her voice, for legs, in order to get her prince charming. She ultimately looses her friends and family in order to stay with her prince charming. The prince does not give up anything. Due to the fact she has no voice, the prince falls in love with her for her good lucks and behavior, with no knowledge of what she thinks or says. Similar to the other princesses, Ariel must recieve a kiss from her prince charming in order to be saved and stay human. The fact that Ariel gives up her voice and changes herself into a human in order to get her prince is a powerful underlying message for young girls. Changing your body and giving up your voice are two things we do not want young girls doing for love. 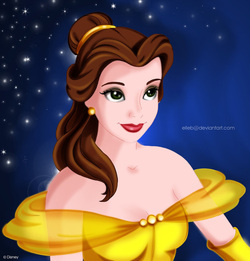 Belle
from Disney's Beauty and the Beast (1991)
The name Belle means beauty. Belle, similar to all the other early Disney princesses is white, thin, and beautiful. But Belle is intelligent and loves to read, which is something we have yet to see in any other Disney film. Although, her relationship with the beast is the first we see that represents an abusive relationship between a prince and princess. Belle is seen as a nurturer and housekeeper, two typical female roles. This movie teaches girls that it is okay for men to be aggressive and abusive and despite how they treat you, you will love them and take care of them. 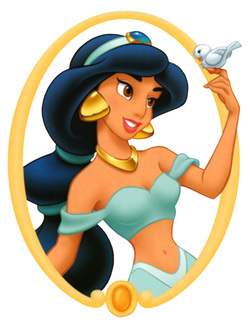 Jasmine
from Disney's Aladdin (1992)
Jasmine is born into the role of a princess, and is told by her father she must marry a prince. She defies her father and wants to marry who she loves. I believe this is a positive thing for young girls to learn, that they should marry who they want. However, some of the female stereotypes still do appear in this movie. Jasmine uses her sexuality to distract Jafar - the villain. Jasmine fights for what she wants and wants to be with who she loves. In the end, she gets her prince Aladdin and a happily ever after. After all, it is a fairy tale.

As the princess movies continue, we begin to see Disney featuring princesses with a little more independence and strength. Pocahontas and Mulan fight for what they want. 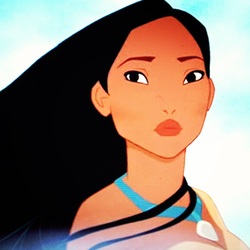 Pocahontas
from Disney's Pocahontas (1995)
Disney's Pocahontas features a strong, independent, and compassionate girl who follows her intuition. What a great example for young girls. I think Pocahontas is a wonderful Disney princess for girls to look up to. Pocahontas does fall in love, and stands up for John Smith, ultimately saving his life from her own father. That is something we have yet to see in a disney movie: the princess coming to the rescue. 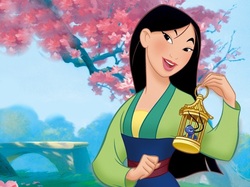 Mulan
from Disney's Mulan (1998)
Mulan was a powerful, brave and independent Disney princess. She defied the stereotypical female roles and portrayed a male character in order to fight in place of her father. Mulan is the only disney princess we see take on a male role. This fairy tale is not a love story. Mulan does not rely on a prince charming to come to her rescue. This a positive role model for young girls, seeing a female step up and become their own hero. 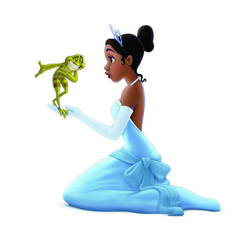 Tiana
from Disney's Princess and the Frog (2009)
Tiana is the first dark skin princess featured in a Disney film. Tiana is a princess with a dream, which is something positive to see. She dreams of owning a restaurant. She kisses the frog, and ends up turning into a frog, but the two go on an adventure together to find a cure. She is not saved by a prince charming, she is the one helping find the cure. This recent disney film breaks some of the stereotypes we have seen in the earlier princess movies. 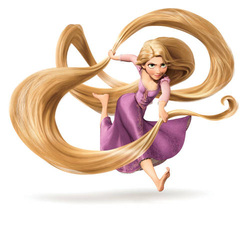 Rapunzel
from Disney's Tangled (2010)
Although the story of Rapunzel is the classic princess who needs saving by a prince type of fairy tale, Disney manages to put a spin on this version in its recent movie Tangled. The princess Rapunzel does not fall in love with the prince at first sight and is not at all moved by his character or charm. All Rapunzel wants is freedom from the tower where she was captive in order to gain her own independence. Rapunzel is a good female role model for young girls in my opinion. 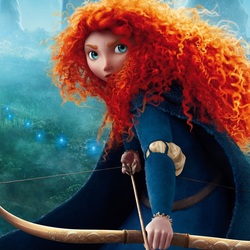 Merida
from Disney's Brave (2012)
It seems like Disney is steering away from its traditional princess roles with this movie. In this film, Merida is a princess but does not want the responsibilities and definitely does not want a prince charming. Merida is not the typical Disney princess either. She is as wild and spunky as her crazy red hair. Brave is also the first Disney princess movie that does not feature a prince charming. Merida is independent in this film and ends up being the hero in the end, which is refreshing new look at a Disney princess. I believe movies like Brave with strong female roles have a positive impact on young girls.

The picture on the left breaks down the princesses into three different categories by year. It talks about some of the characteristics of each of these sets of princesses and how their characteristics have evolved over time. The picture on the right talks more about the stereotypes and underlying messages in those Disney films. Although the comments are somewhat sarcastic and degrading, they are somewhat true.